Introducing Amy B.  As a child Amy thought she’d be a singer.  In her own words,

“I realized that singing publicly and feeding myself with my talent was not to be a part of my destiny. ”  Today she functions in dual roles as a Database Administrator and IT instructor.  Hear more about her story below… 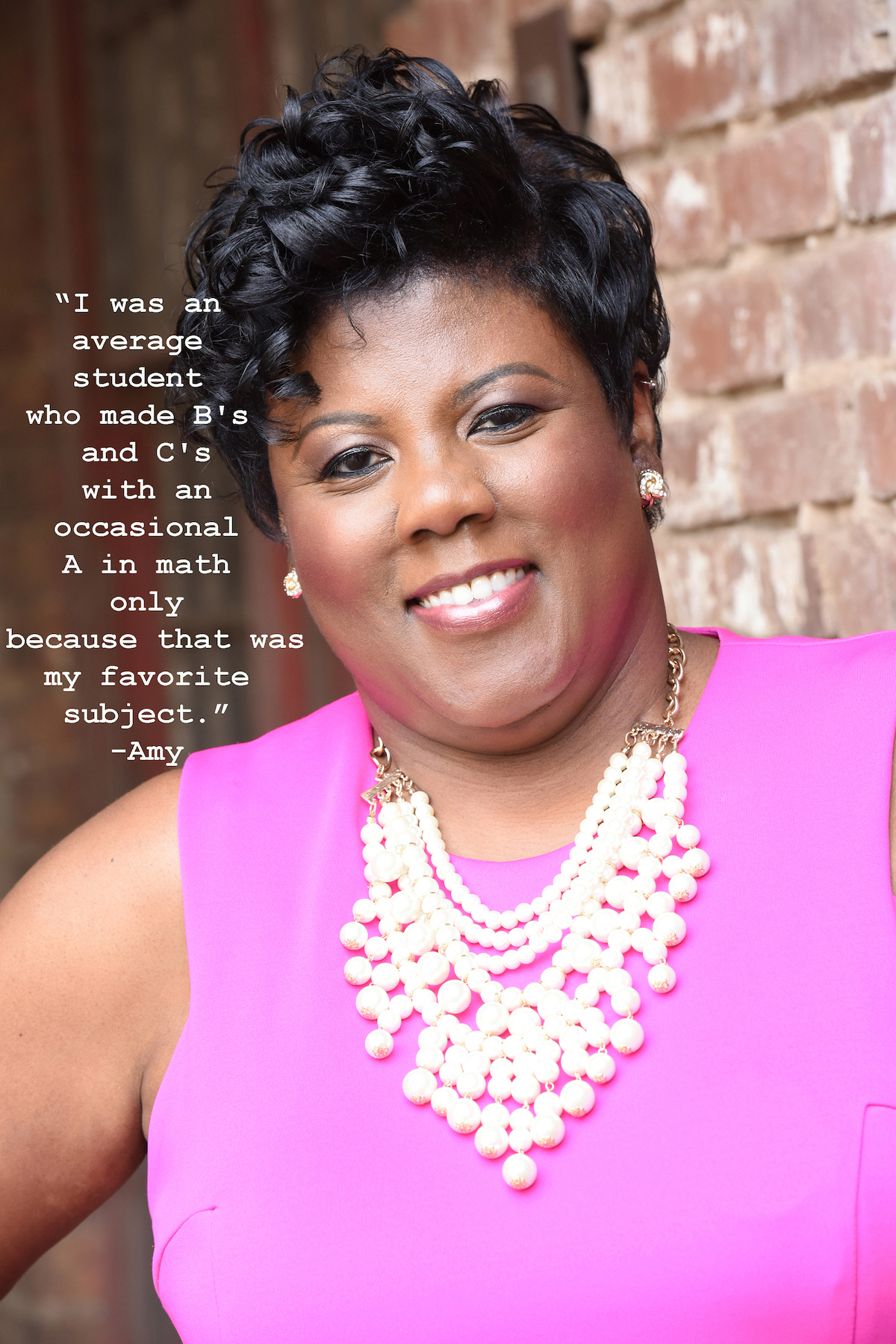 I grew up in a small town located in the state of Mississippi called Blue Mountain. My parents were hard working and did everything in their power to ensure that me and my sister had the best chance at a better life than they had. I was an average student who made B’s and C’s, with an occasional A in math, only because that was my favorite subject.

When I was younger, I aspired to be a wonderful singer that would amaze people of my talents . But somewhere during a church trio song, I realized that singing publicly and feeding myself with my talent was not to be a part of my destiny. After coming to that realization, I had a moment of eaves dropping on adult conversations and remember my uncle, aunt and my mother sitting around talking about computers on a summer day. Immediately, I was intrigued by what they were saying. My Uncle Homer stated, ” Computers are going to be our future. If you want a job, then we will need to learn about computers.” At twelve, I realized that if I wanted to take care of myself, then computers would have to be my path to success.

From late high school to college, I focused on all things computers; hence developed my love of technology. After taking high school courses in BASIC programming, earning my associates degree in information processing, and obtaining my bachelors degree in business information systems, I realized that I enjoyed learning about new things. I believe that the dynamic changes of this industry is what has continued to keep me onboard.

I will not say that there have not been many challenges in my career. Sometimes being the only female on a male dominated team of IT professionals is not all roses. I have had obstacles of over proving myself, working harder to find solutions to problems when co-workers knew of an easier resolution, and being told by a co-worker that I was placed in a position to uphold a required quota. Very rare did I feel as if I was given a position for my skillset. But even with those obstacles, I vowed to remain true to myself and become successful in a field that can be as vast as the ocean and as lucrative as winning the lottery.

My current position as a Database Administrator and IT instructor has allowed me to develop my passion of traveling – domestically and internationally. I have had an opportunity to meet people all over the world and experience different cultures and foods. Also, this field has allowed me the ability to explore interior decorating. I love putting many different colors, with a mixture of textures riding on top of a neutral palette together.

Even though people in the Technology field are commonly labeled as  boring and uninteresting. I love to have fun by shopping, going to concerts, experiencing fine dining and exploring new places. I believe that I am funny, creative and outgoing.

What I would encourage the next generation of future women in the technology field is to always believe in yourself, because there will always be some to say that your ideas are not valid. Secondly, I would task that if you find that you have a talent in this field, don’t keep that gift to yourself. Always, try to look for opportunities to pay it forward. I was part of a great organization called Techno-versity that was a great source of support. They believed in paying it forward, as well as provided a great support structure to say,”Yes, you can get this technical certification and enhance your life through your career”. Lastly, do not be afraid to fail. Sometimes through your failures, you will find your pathway to success.

In closing, as you continue to define your life’s journey, know that challenges will always arise in some form or fashion. Just remember that even though those unforseen problems may seem overwhelming as if you are hitting a concrete block, you can always bloom to become a beautiful rose with hard work and determination.

The Rose That Grew From Concrete

Did you hear about the rose that grew

from a crack in the concrete?

Proving nature’s law is wrong it

learned to walk without having feet.

Funny it seems, but by keeping it’s dreams,

it learned to breathe fresh air.

Long live the rose that grew from concrete

when no one else ever cared.