Meet Lashonda –  In her own words..  “At an early age I pushed myself to stay in the books because I wanted to do better than what I saw around me.”  Today she is a Team Lead and works in the Insurance industry. 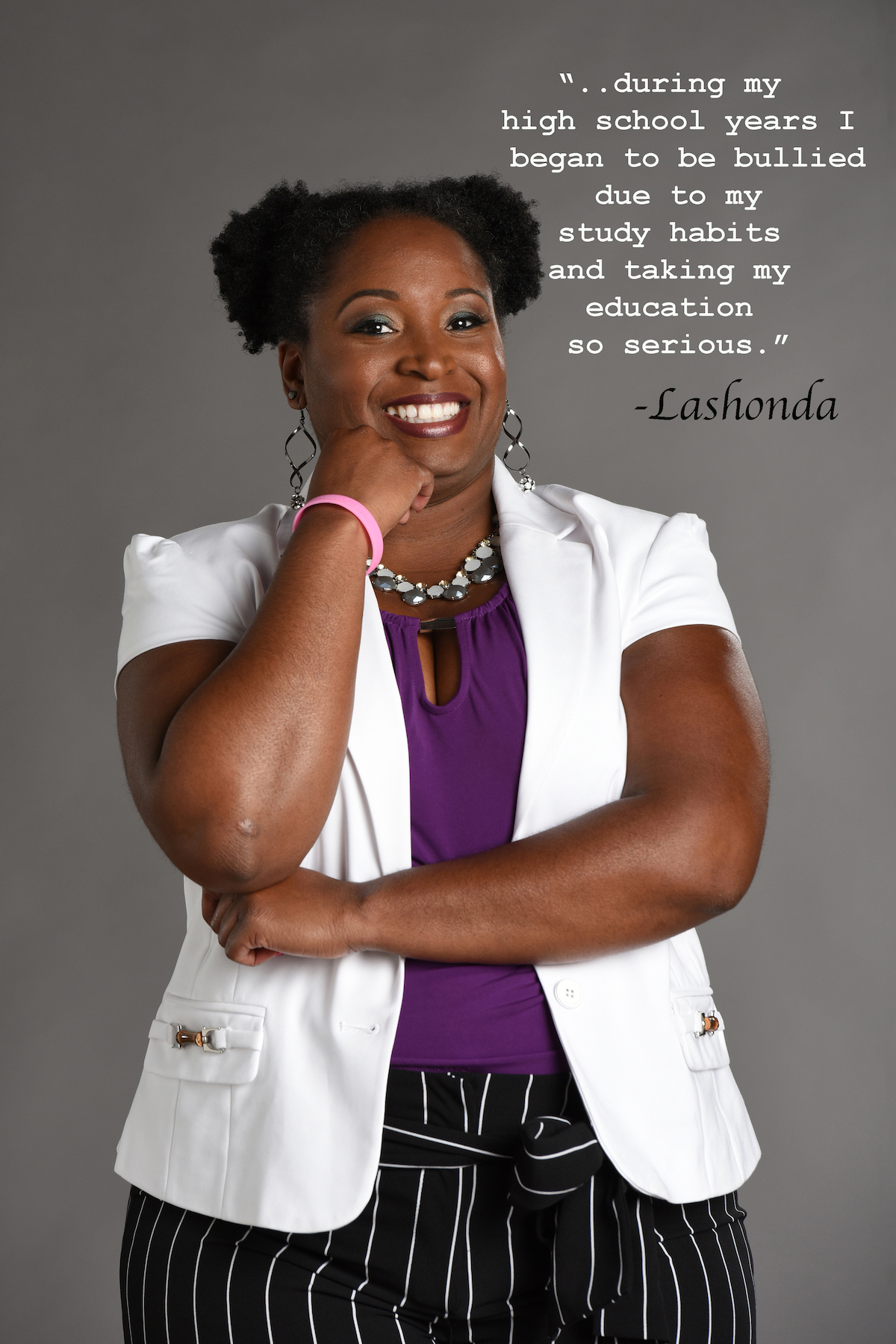 I grew up in a small to town called Chester, South Carolina.  At an early age I pushed myself to stay in the books because I wanted to do better than what I saw around me.   I will never say that I am embarrassed surrounding where I came from because it was a factor in me becoming me, but I could tell that there was not a lot going on in my town.  As I grew up and began to thinking about what I wanted to be as an adult I always pictured myself being a teacher.  I had envisioned doing a double major of math and music, at that point in my life the two things I loved.  Entering my high school years I began to take a liking to working on computers, a lot of this was due to the computer that I had at home was always having something wrong with it, so I got a lot of practice.  I would say around my sophomore year I began thinking about going to school to get certificates and education surrounding opening my own computer shop.  At this point I was in love with working on the hardware side of computers.

Also during my high school years I began to be bullied due to my study habits and taking my education so serious.  The other black students would call me a “white girl” because I did not talk in slang and I would speak proper English all the time.  Hearing such things hurt, I mean I would be lying if I said other wise, but I used those words to fuel my passion even more.  Going through those moments I realized more and more that I was what most people consider a geek/nerd.  For most people they would shy away from those terms, but I started embracing them and really looking into college.  When I graduated from high school finishing within the top 10% of my class, and was rewarded quite a few scholarships.  By this time, I recognized that going into the business of fixing computers would not be lucrative, so I began soul searching.  As I looked into colleges and I saw curriculums surrounding Computer Engineering and Computer Science I began thinking about becoming a programmer so that I develop different software and applications.

When I began college I was a Computer Engineer major, and quickly realized that I would be in a male dominated field.  In many of my major classes I would be the only female within the classroom, and I had to stand my ground a lot to get my point across and ensure that I was being heard.  During my first year in college however I quickly realized that Computer Engineering was not the field I wanted to be in, not due to being the only female, but due to the workload.  As I looked over my options, I knew I wanted to stay within the Computer field so I finally settled on Computer Information Systems as my major and graduated with a minor in Business Information Management in the Spring of 2009.

After graduation I was accepted in the Application Development ELTP (Entry Level Training Program) at BlueCross BlueShield of South Carolina.  After completing ELTP I began working with databases.  That was over 8 years ago, today I am one of two team leads within my current team and m area of expertise is Audit/Remediation of findings related to government STIGs (Security Technical Implementation Guides) to help protect the companies’ internally created applications.  Getting to the team lead role was another time in my life in which I faced a lot of adversity and even though I have been in this position for 2 years there are still times that the adversity raises its ugly head.  One of the things that I have faced pretty often is having to prove my worth.  Let’s face it, the IT field is strongly male dominated, so it makes it hard at times to be taken serious.  I have never let this stopped me from pushing forward and progressing my career.  When I work with the many different personalities at my job, I have learned that sometimes the best way to get your point across is by not arguing back and forth with a person.  If it gets to bad I will go to my manager and allow them to handle the situation.  While working to get my career on track I also made the decision to go back to school and get my Master’s Degree.  Last May I graduated with a Master’s degree in Business Administration.

When I am not dealing with work I am an avid gamer – I have a whole room dedicated to this.  I like to color cook, travel (both in the states in outside) and also work on my blog.  I also have 3 dogs that are my “fur children” and they bring a lot of joy to my life.  I also love to be outside, working in my yard and changing up my home.  I am a firm believer of not bringing work home, unless I get a call from my primary on-call person, and that is how I keep my work-life balance in check.